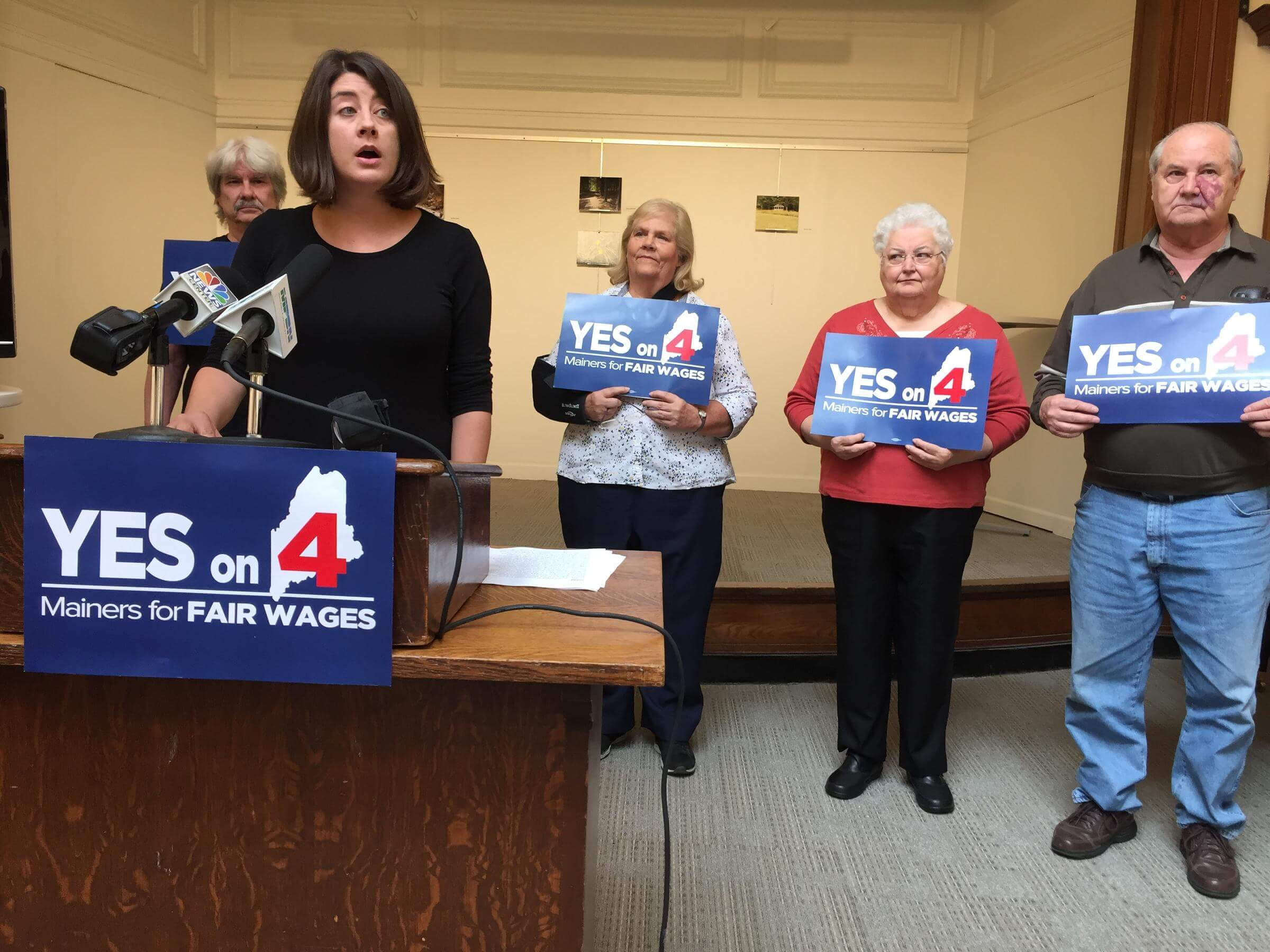 In the United States, the federal minimum wage is $7.25 per hour and or $2.13 for tipped workers. Tipped-based workers receive a substantial portion of their income from tips given by customers. In the state of Maine, the minimum wage prior to voter’s referendum in 2017 was $7.50 and $3.75 for tipped earners. Maine’s minimum rates were $0.25 higher than the federal rate and were set since 2009 and never increased. A movement for higher wages builds momentum in 2016 as Maine workers were backed by Mainers for Fair Wages, a coalition led by the progressive Maine AFL-CIO and Maine People’s Alliance.

As the supporters for fair wage argued, the outmoded subminimum tipped wage was causing eight percent of all workers in Maine to live in poverty, but Maine’s tipped workers experience poverty at over twice that rate. With a base wage of $3.75 per hour, Maine’s tipped workers were forced to depend entirely on their tips which in effect forced them to tolerate sexual harassment and verbal abuse of some customers.

The citizen-initiated referendum effort kicked off in 2017 when $9 per hour was given to all daily wage workers in Maine. In 2018, it was up to $10 per hour. As of January 2019, the minimum wage in Maine increased to $11 per hour, and effective January 1, 2020, it was increased to $12 per hour. According to the legislation, the minimum hourly wage must be increased according to the increase in the cost of living effective January 1, 2021, and each January 1 thereafter. The minimum wage for tipped employees in Maine is now $6 per hour and employers may take a tip credit of $6.00. If the employee’s hourly wage plus tips earned don’t add up to at least $12 an hour set as the minimum wage, the employer is obliged to make up the difference.

One Fair Wage is a progressive organization that fights for every worker in America to be paid a full, fair minimum wage from their employer. Across the country, they are calling for the ‘No Worker Left Behind’ movement which advocates that the two-tiered wage (daily wage and tipped wage) should be stopped as it is considered destructive to the affected workers.