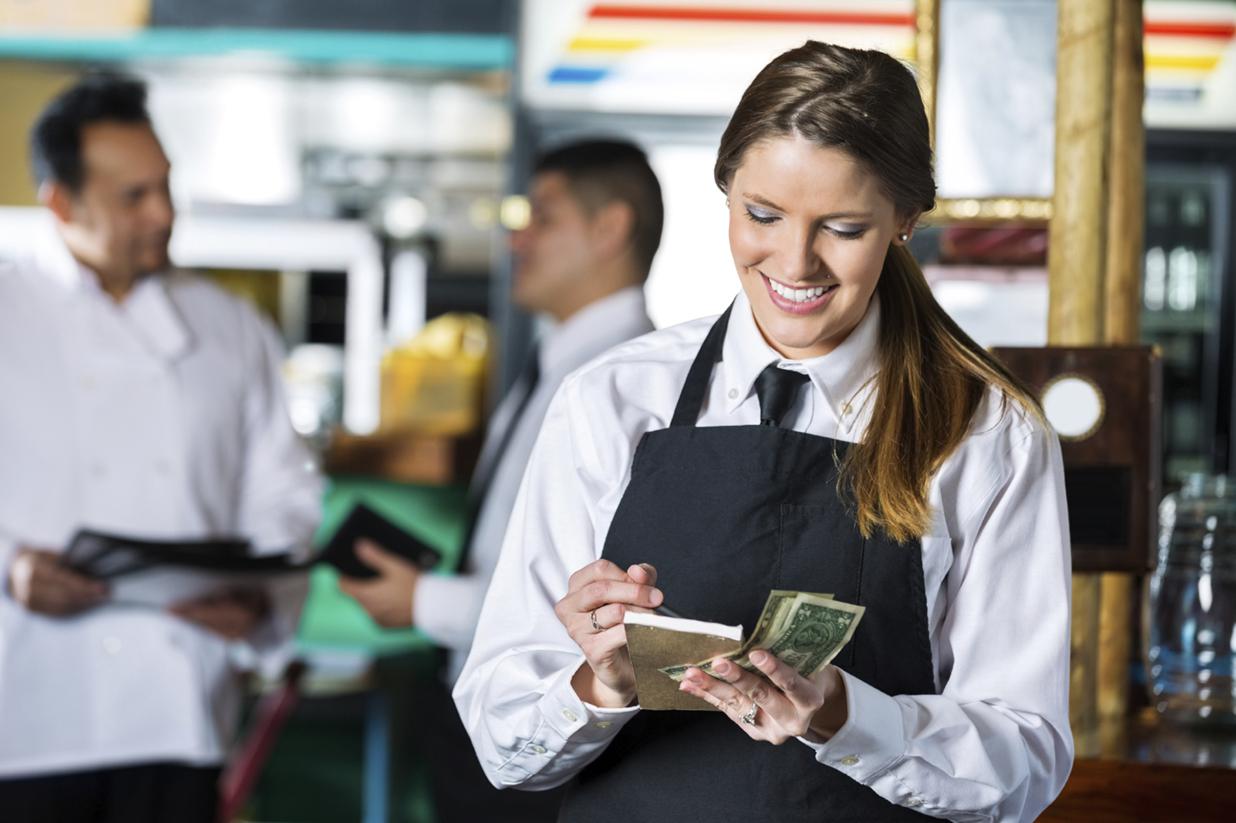 Many states, including Maine, allow employers to require “tipping out” or tip pooling. Tips collected which comes from employee subject to the pool, which is discussed in advance, are then divided among a group of employees. In addition, employees can’t be required to pay more into the pool than is reasonable and customary. The employer can count only the tips the employee gets to take home against its minimum wage obligation if the employer takes a tip credit. Under federal law, only employees who regularly receive tips can be part of the tip pool if his/her employer takes a tip credit. Unless the employer doesn’t claim a tip credit and pays the employee the minimum wage directly, tipped-wage earners can’t be required to share their tips with employees who don’t usually receive their own tips, like cooks, bussers, and dishwashers. Employers, managers, or supervisors can’t receive gratuities.

What counts as a tip? Looks straightforward but what counts as a tip is not as easy as you might think. Any amount left by the customer on top of the bill is a tip. However, if the customers pay by credit card, or the restaurant imposes a service charge, the rules might be different. Some restaurants charge a mandatory service fee on to bills for private parties, catered events, or large tables of diners. Under federal law and in most states, this service charge isn’t considered a tip. Employers can share this charge to employees but not required by law to do so. In Maine, the law states that tips charged on a credit card must be treated like tips given directly to the service employee, unlike some states when an employer could legally reduce the employee tip by whatever is the credit card company charges as processing fees. This ruling could be understood by a court to prevent employers from taking processing fees out of employee tips.

Restaurant Opportunities Center (ROC) United launched the One Fair Wage campaign to help America’s 12 million restaurant workers to receive fair and just minimum wage which is currently set at $2.13 per hour at the federal level. One Fair Wage bill, if acted as a law, will give them the financial stability that these workers need to protect and provide for themselves and their families, and avoid going into credit trouble.

With the help of the coalition, Maine became America’s eighth One Fair Wage state, and it was considered a success by all the lobbyists who fought for it. The new referendum not only boosted the minimum of $7.50 per hour rate in 2016 by 60 percent over the next few years, after 2020, it will also tie the minimum wage to inflation. The new rule finally eliminates the sub-minimum “tipped wage” by 2024. No other state east of the Mississippi has acted to stop the so-called tip credit that allows employers to pay less than the minimum wage for tipped employees.